Remains identified as those of Iowa boy missing since May 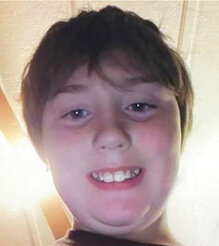 MONTEZUMA, Iowa (AP) — The Iowa Medical Examiner’s Office has confirmed that remains found in September are those of a boy who disappeared in May.

The Poweshiek County Sheriff’s Office announced on its Facebook page Friday night the remains were those of Xavior Harrelson, of Montezuma. The sheriff said the boy’s cause of death would not be immediately released.

Mitch Mortvedt, with the Iowa Division of Criminal Investigation, said Xavior’s death was being investigated as suspicious. Xavior went missing from a rural Iowa trailer park days before his 11th birthday.

The remains were discovered in September by a farmer working in a field near where Xavior lived.