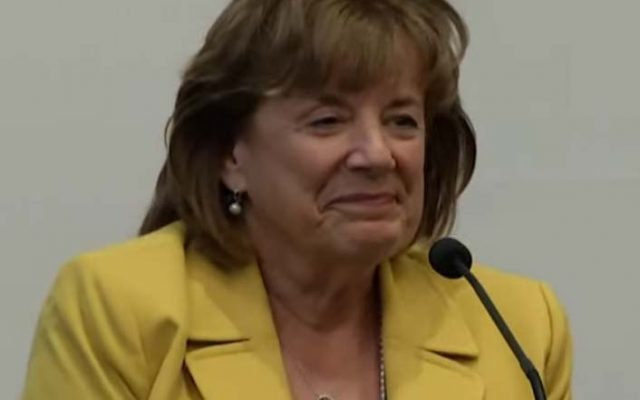 The Board of Regents selected 63-year-old Barbara Wilson Friday to become the 22nd president. Regents president Michael Richards called for a motion to approve Wilson following a closed session to review the four finalists.

Richards says her term will start on July 15th and go through June 30th of 2026 at an annual salary of $600,000 and that also includes a five-year deferred compensation plan with annual contributions of  $400,000.

Wilson spoke after the board voted unanimously to approve her. “I am excited, I am ready to roll up my sleeves, I am wearing the right color, I am really delighted, this is such a great honor,” Wilson says. “We’re going to make the University of Iowa as good as it can be and even better,” she says.

Wilson will replace Bruce Harreld, who is retiring She has served as executive vice president and vice president for academic affairs for the University of Illinois System since 2016.