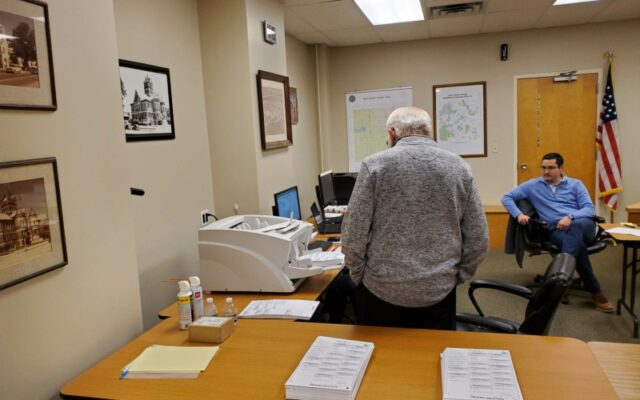 Recount of ballots in Cerro Gordo Board of Supervisors District 1 race on November 16, 2022

MASON CITY — After a recount on Wednesday, Republican Chris Watts has been re-elected to the Cerro Gordo County Board of Supervisors.

Democratic challenger Amanda Ragan had a deficit of 13 votes after an administrative recount and the counting of provisional ballots on Monday. Ragan had requested a recount last week.

Watts picked up two more votes after the ballots were re-scanned on Wednesday afternoon to make the final vote total 2919 for Watts and 2904 for Ragan. Those two votes that were both cast in Mason City Ward 3 Precinct 3 were originally scanned as “undervotes” by the machine, meaning it did not detect any of the ovals filled in for the Supervisors District 1 race.

A date for the other recount requested so far for the Iowa House District 59 results has not been finalized yet. Incumbent Sharon Steckman won that race by a 739 vote margin over Doug Campbell, but Campbell has requested a recount.

A third recount is also expected to take place as the Supervisors District 3 race has a three-vote margin currently with Lori Meacham Ginapp leading Don O’Connor. O’Connor has until Friday at 5:00 PM to file a recount request.