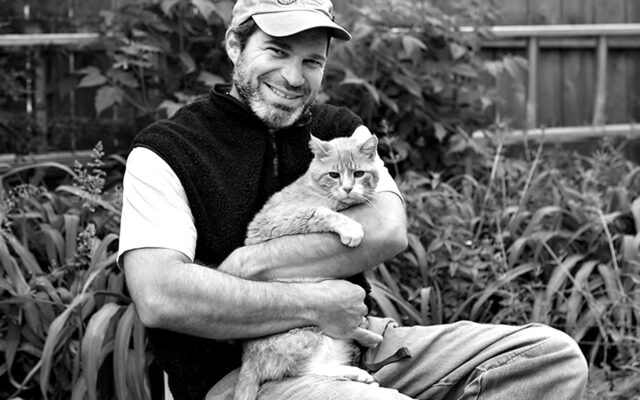 NORTH LIBERTY — After first printing a small book of poetry in 1991, Steve Semken is marking his 30th year in the publishing industry, still operating the Ice Cube Press himself in the eastern Iowa town of North Liberty.

Semken’s business has endured the rise of Amazon, the demise of many independent book stores and the recent e-book craze. Readers, he says, will always want printed books.

“I have this great idea for you. I have this item that turns on every time you touch it, it’s portable and it comes in paperback form,” Semken says, laughing. “I think there’s just a tangibility that people like and there’s screen fatigue which I think has actually demonstrated to be true because e-books were rising and then they just kind of went away.”

Adaptability is one of the keys to his longevity in publishing, Semken says. For instance, when he started out, there was no email, websites, social media or e-commerce, all of which he’s long since embraced. He’s also honed the focus of what types of books he’ll produce for authors from Iowa and from across the region.

“When I started out, I always wanted to do environmental and nature writing. That was my full-time passion at the time,” Semken says. “Over time, I’ve adapted that to my mission as using the literary arts to better understand how best to live in the Midwest.”

In his three decades, Semken’s press has produced nearly 200 books and he now averages publishing seven or eight books a year. There’s no shortage of writers and he says he’s constantly flooded with submissions from wanna-be first-time authors.

“It’s a little bit of a Catch 22 because I know that not everything is for me but I also know that people love their jobs, their families, their health, but people put their heart and souls into the things that they write,” Semken says. “I try really hard to always remember that and respect those things and understand that people do trust me with their sincere passions.”

As he starts his 31st year in the industry, Semken says he’s confident he’ll be able to continue chasing his dreams of bringing new books into the world.

“Publishing, to me, is sharing people’s stories and their expertise,” Semken says. “You sit down with anyone and what interests a lot of people about each other is just the stories they tell and the adventures they’ve had. That’s definitely not going anywhere.”