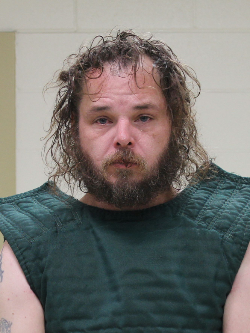 MASON CITY — A Mason City man has been ordered to serve 180 days in a residential facility followed by three years probation after pleading guilty to arson charges in connection with a pair of fires in September.

Police say 42-year-old Paige Peyton was arrested  after an investigation. Officers responded to a report of a garage fire in the 200 block of 7th Northeast shortly before 10 o’clock on the night of September 1st. The fire had already been extinguished by the time officers arrived.

Just over an hour later, officers and the fire department responded to the same address for a fire in a vehicle, which was contained to the interior of the car. Peyton was charged with two counts of second-degree arson, a Class C felony punishable by up to ten years in prison on each charge.

Peyton as part of a plea agreement pleaded guilty to both counts, with prosecutors at the time saying they’d recommend a ten year suspended sentence on both counts along with three years probation to be served at the BeJe Clark Residential Facility. District Judge James Drew accepted that recommendation during Peyton’s sentencing hearing in Cerro Gordo County District Court on Tuesday.