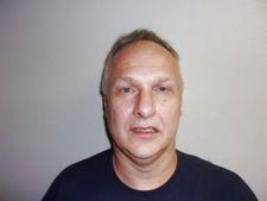 CLEAR LAKE — A Mason City man who pleaded guilty to losing a baggie of methamphetamine in a donut rack at a Clear Lake convenience store has been given a suspended sentence.

A criminal complaint said 53-year-old Ronald  Bakkum was at the Kum & Go at 2005 US Highway 18 East on January 3rd where he reached into a donut rack and got his sleeve caught in the door. As Bakkum went to pay for his donut, he stopped and began searching the area for a lost item, saying to the clerk he lost a coin. Bakkum went out to the parking lot and started to look around on the pavement.

The clerk saw a baggie of a clear crystal substance between two donuts where Bakkum had been reaching. When an officer arrived on the scene, he took photos of the one gram baggie and took it into evidence.

The officer later watched video footage of Bakkum at the donut rack. A Mason City police officer later identified Bakkum from a still shot of the video.

Bakkum pleaded guilty to a charge of third or subsequent offense possession of a controlled substance, a Class D felony.

District Associate Judge Karen Salic on Monday sentenced Bakkum to a five-year prison term, which was suspended; placed him on five years probation; ordered that he reside at a residential correctional facility for 180 days; and he must within 30 days obtain a mental health evaluation and promptly complete all recommended treatment.