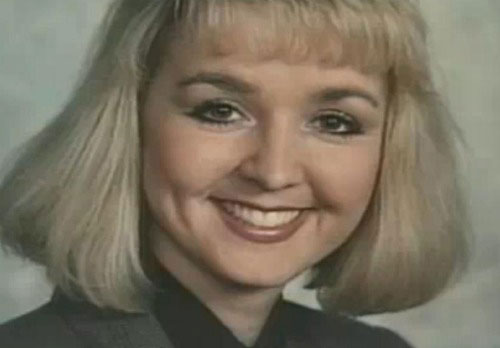 A private memorial service was held at KIMT on Saturday afternoon to remember Jodi Huisentruit. The former morning anchor was believed to have been abducted from the parking lot of her apartment complex early on the morning of June 27th 1995. Her body has never been found and the case remains unsolved. Kelly Boyle was a friend of Jodi’s who read a prepared statement from the Huisentruit family.

“She frequently made the statement ‘oh I love life’. We often think of that and it gives us strength to move forward. Jodi loved meeting people. She treated everyone with respect regardless of where they were from and she would always take the time to listen and talk with them.” Boyle says the family remains hopeful the case can be solved.

“Recently we watched a show that featured the case of a college girl who went missing from a small town in the state of Washington. Her body was found within a few days but the case wasn’t solved for 30 years. The evil man who abducted her lived just down the road from her mother’s house. Two gals from the small town had always been suspicious of him and didn’t get good vibes from him. If only they had pursued their suspicions more aggressively the case could have possibly been solved sooner please. Please don’t let us wait 30 years to solve our case.”) Boyle says you should talk with law enforcement if you believe you have information regarding the case.

“If you are suspicious of anyone, please notify law enforcement, the DCI or the FBI. Even if you think your information seems insignificant, it may be the missing piece we are waiting for to help crack the case.”

Doug Merbach was the news director at KIMT at the time of Jodi’s disappearance. He says there’s no way in the last 25 years that he thought the case wouldn’t be solved.

“We would have thought something would been found out, something we’ve been solved, there would have been justice for Jodi. I think in this day and age we see a lot of people that aren’t getting justice and people that should be held accountable aren’t being held accountable, and some of that started with Jodi 25 years ago. She needs justice. We still have hope. We still have our prayers. We know organizations like findjodi.com are doing so much to keep her story alive and keep her story out there.”

“They’re still working. They more than anybody want this to be solved. I talked to Mason City chief of police Jeff Brinkley and they would love to get this solved. If you’re familiar with the case, you know there wasn’t a lot of evidence left at the scene on the day Jodi disappeared, and there wasn’t much to work with, and they’ve been fighting that uphill battle ever since. But we still have hope, we still have our prayers, and maybe someday Jodi can have justice too.”

If you possibly have any information regarding Huisentruit’s disappearance, you can call the Mason City Police Department at 641-421-3636.