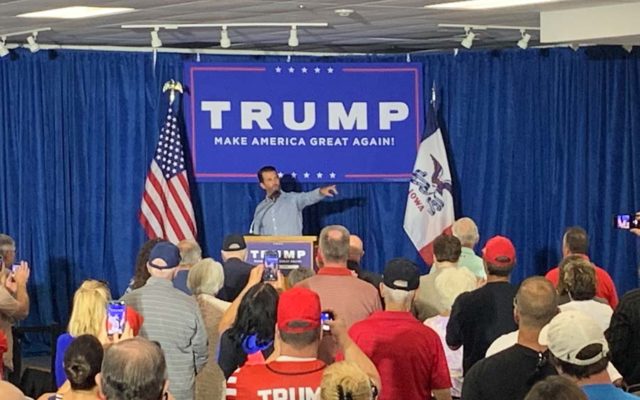 TREYNOR — Donald Trump, Jr., headlined a campaign rally in the small western Iowa town of Treynor Monday. He told the crowd of about 250 that Joe Biden is camouflage for the radical left.

As his father did in 2016, the younger Trump has a populist message, accusing Biden of being a globalist when it comes to communist China.

The president’s oldest son joked that “Trump Derangement Syndrome” is worse than Covid-19 and the crowd in Treynor cheered.

One of the loudest crowd responses was when the president’s son mentioned his father’s nomination for the Nobel Prize.

Nebraska Democrats responded to Trump’s appearance less than 20 miles from Omaha, saying “no member of the Trump family has any credibility to talk honestly with voters” after the president admitted to downplaying the pandemic.