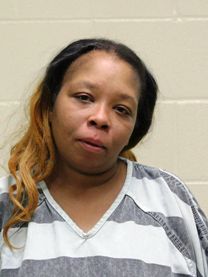 MASON CITY — A plea change hearing is scheduled for a Mason City woman accused of child endangerment after allowing an infant to roll off a bed while she was intoxicated.

Mason City police and paramedics at about 4 o’clock on the morning of January 5th responded to a medical call at a residence in the 1700 block of South Delaware involving a two-month-old. Police say 36-year-old Lakesa Mitchell became intoxicated to the point where she wasn’t able to safely care for the child. They say the child rolled off the bed, onto the floor and was later found on the floor by the child’s mother. The child was transported to the hospital by ambulance for evaluation.

Police say a preliminary breath test showed Mitchell had a blood alcohol content of .214, over two-and-a-half times the legal limit for driving while intoxicated.

Mitchell originally pleaded not guilty to a charge of child endangerment causing bodily injury, an aggravated misdemeanor punishable by up to two years in jail.

Mitchell’s trial was scheduled to start on April 23rd, but online court records show that a plea change hearing has been scheduled for May 6th in Cerro Gordo County District Court.