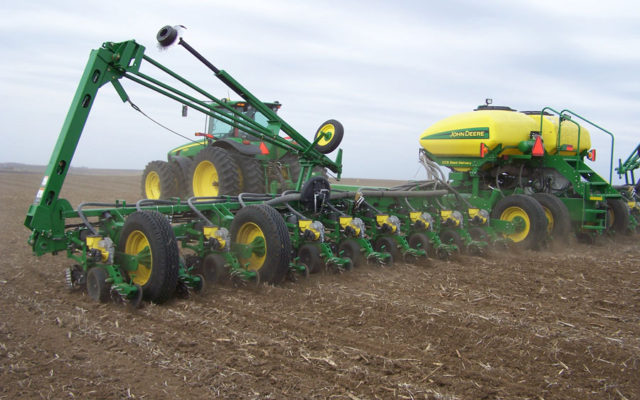 “It has definitely been a challenge this spring for producers all across the state,” Naig says. Naig says less than half the projected corn acres are planted.

“We’re at 48 percent planted in corn, which is four or five days behind average. Soybeans are at 13 percent statewide — and that’s nearly a week behind average — so there’s obviously a concern out there on the part of our farmers,” according to Naig. The U-S-D-A report says this is the smallest percent of corn planted by May 12 since 2013 when just 15 percent of the expected crop had been planted. It is the fifth time in 40 years that less than half the expected crop has been planted by May 12. The soybean planting is six days behind both last year and the five-year average. Naig says farmers are anxious — but this is not new.

“This also something that our producers are very used to dealing with, is the weather each spring,” Naig says. “We know if we can get some sunny weather and some warmer temps, this crop can get in the ground pretty quick.” He says farmers still have some time before considering a move from corn to beans.

Naig says as you get to the end of May and Memorial Day they start to think of all of their options, but he says producers like to wait as long as possible to make those decisions. Cool temperatures are also a problem for corn that is already planted, as only five-percent of the corn is emerging.

“Northwest Iowa up where we farm up there in Palo Alto County, we have really struggled to get those soil temps to stay above 50 degrees with any consistency,” Naig says. “It is interesting as you travel the state north to south — even just how the trees are leafed out and the difference.”

Northeast Iowa is lagging most in corn planting — at only twenty-four-percent. West central Iowa has the most corn planted at 67 percent