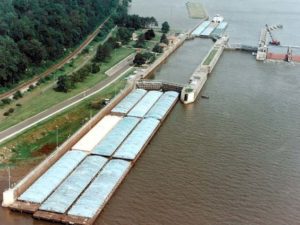 Lock and Dam 11 near Dubuque (Army Corps of Engineers photo)

WASHINGTON — The U.S. Army Corps of Engineers announced Wednesday plans to invest more than $829 million in improvements to the lock and dam systems on the Mississippi River.

Iowa Senator Chuck Grassley is applauding the move, saying it’s a much-needed update to make the waterway more efficient for moving goods up and downriver.

Grassley says, “When I voted for the bipartisan infrastructure bill, and I was one of 19 Republicans to support it, I was voting for exactly this type of federal support for very critical infrastructure that Iowans depend on.”

It’s a common discussion topic, Grassley says, when he visits eastern Iowa. “When I’m within two rows of counties along the Mississippi River, in particular from farmers but also some agribusiness people, I’m always asked about, ‘When are we going to get the Mississippi River locks and dams updated?’” Grassley says. “Some of them are 80 years old, as you probably know.”

Grassley says the Mississippi and Missouri rivers give Midwestern farmers a leg up on their international competitors for both exports and imports. He says these improvements are especially important in the aftermath of historic flooding in 2019.

“I suppose it also has something to do with the destruction that was done in the 2011 flood,” Grassley says. “The Corps needs to address the recurring flooding and continued risks to river towns and farm fields.”

Just on the upper Mississippi River, there are 29 locks and dams, starting at Upper St. Anthony Falls above Minneapolis/St. Paul and ending near St. Louis. Eight sets of locks and dams are located in Iowa, at Harpers Ferry, Guttenberg, Dubuque, Bellevue, Clinton, LeClaire, Muscatine, and Keokuk, with three more sets in Illinois just across the river from Iowa, in Rock Island, New Boston, and Gladstone. 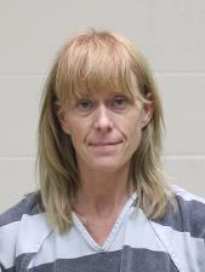