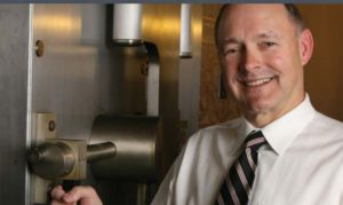 DES MOINES — State Treasurer Michael Fitzgerald says it’s time to do some personal reflection, and for the Democratic Party to do the same after he lost his re-election bid.

Fitzgerald talked with Radio Iowa about last week’s loss.”Well, I guess I was surprised after 40 years…I guess you’re surprised you think you can keep winning. But that’s politics. And sometimes the other team just gets more votes, and that’s what happened. So my career comes to an end the state treasurer,” Fitzgerald says.

He says this was the one time he couldn’t overcome a Republican surge. “There haven’t been any embezzlements and all our audits are clean. And the finances were handled well, you know, triple-A rating for the state and I-PERS is solid, and all those kinds of things. But anyway, this was a red wave in Iowa,” he says.

The entire Congressional delegation is now Republicans and only one Democrat state officeholder hung on. Fitzgerald says that should lead to some examination by the Democrat party.  “Well, I think they need to do some reflecting and the party needs to know — I think — what are the mechanics they need to do to help develop a message and coordinate campaigns and help candidates all across the state whether it’s the legislature, running for city council, or governor,” he says. Fitzgerald says they also need to examine their party message. “And Democrats themselves need to talk to Iowans, and what do Iowans want to be done that will help make their lives better, and then try to provide it,” he says.

Fitzgerald says he believes he served Iowans well in the position. “I’m very proud of this since 2008, right in the financial crisis, from then on, the State of Iowa has had a triple-A rating. I’ve worked on that. And I’m proud of that,” Fitzgerald says. “But also, I’m proud that I-PERs the big pension plan as well as the others for the judges and peace offices, they’re solid as a rock. They’re not 100 percent — but they’re 90 percent funded, they are solid. Where other states are scrambling, not in Iowa, they’re solid.”

He is particularly proud of programs he instituted, including the Great Iowa Treasure Hunt. “Over 625,000 Iowans have gotten money back that they thought was lost, we’ve returned it. And College Savings Iowa — 280,000 families have College Savings Iowa accounts. It works, it’s been a great benefit to Iowa families. And so those are the things I’ve developed and presented to the people of Iowa, and I know they’ve been a success. And I’m happy about that,” according to Fitzgerald.

Fitzgerald says he will take some time to decide what is next. “I’ll just do some reflecting myself as to what I can do. I’ve been very fortunate to enjoy good health and maybe there’s some things I can do and I’ll be given that some thought and besides just riding off into the sunset,” he says. But I’d like to stay involved some way and that I got plenty of time to think about it and figure that out.”

Fitzgerald says between now and the end of the year he will work with his successor to provide all the information needed to make sure there’s a successful handoff done in a professional way.