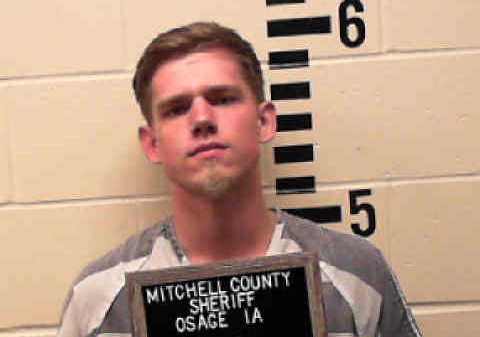 OSAGE — An Osage man charged with the murder of a missing rural Cerro Gordo County woman in 2021 will now be tried next year.

23-year-old Nathan Gilmore was arrested and charged with first-degree murder on August 22nd in connection with the death of 29-year-old Angela Bradbury.

Bradbury went missing in April 2021, with authorities accusing Gilmore of picking her up near the Cerro Gordo County Jail on April 6th of last year and later murdering her. A teenager found a human skull placed on a stick in the Greenbelt River Trail Park in rural Mitchell County in July 2021, with additional remains being located in the park this past April.

Investigators say a search warrant executed at Gilmore’s residence prior to his arrest discovered a drawing with satanic graphics, blood splatter, and a series of numbers that allegedly linked him to Bradbury’s murder.

Gilmore’s trial was originally scheduled to begin on October 24th, but court records show that he filed a waiver of his right to a speedy trial on Wednesday in Mitchell County District Court along with a request for a continuance. District Judge Rustin Davenport on Thursday approved the continuance, setting a new trial date for April 17th.

If convicted of first-degree murder, Gilmore would face the mandatory sentence of life in prison without the opportunity for parole.