One year later, advocates for Iowans with disabilities reflect on COVID 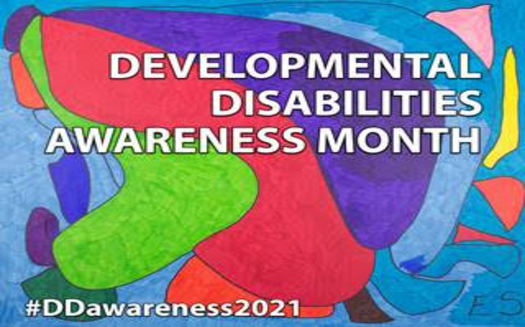 MASON CITY, Iowa — The pandemic has dramatically altered the lives of many people, including those living with disabilities, but Iowa advocates say the crisis isn’t stopping their contributions.

March is Developmental Disabilities Awareness Month, and groups behind outreach say the main message is inclusion in every part of community life.

Alecia Balduf, self advocate for the Iowa Developmental Disabilities Council, hasn’t let her Down syndrome limit what she can do during a public health crisis.

Since the pandemic, she saw her hours increase at the supermarket where she works.

“I say ‘Thank you.’ I say ‘You’re welcome.’ I like this position and I love it. It’s easier than doing dishes,” Balduf explained.

Balduf, who was recently vaccinated, pointed out like many others, she was upset a year ago when much of public life shut down as the crisis evolved.

But she hopes others can see that those living with disabilities have a “can do” attitude and can play a role in helping a community adapt to tough situations.

Brady Werger, another self advocate for the Iowa Developmental Disabilities Council from Glenwood, said the last year has been very stressful.

He stressed he missed interacting with volunteers and mentors who would take him places, while lamenting most events he attends are now done virtually. But that hasn’t stopped him from making connections.

“I’ve advocated for a couple different things during the pandemic and, you know, I’ve built new relationships,” Werger remarked.

Werger urged fellow advocates and the public in general to get a vaccination when eligible.

He added it can help communities and support groups move closer to making a difference in person, rather than through a computer screen.