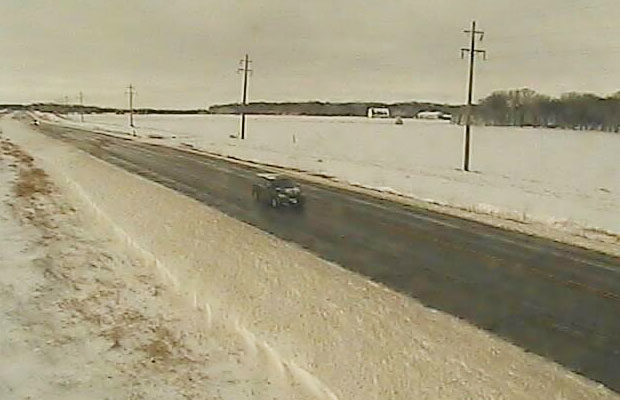 DOT webcam on US Highway 18 near Spencer on Wednesday

MASON CITY — The break in precipitation lasted overnight, but National Weather Service meteorologist Brad Small says a “wintry mix” of rain, sleet and snow is predicted to move into the state by Thursday evening.

“That’ll continue into early Friday, so there could some minor travel impacts for ‘Black Friday’ shoppers,” he says. “Amounts don’t look to be too extreme, mainly light, but it doesn’t take much in terms of freezing rain or sleet or snow to cause some travel problems.”

“We’re looking at highs in the 40s Fridays and then warming up into the 50s across a good part of the state by Saturday, so that’s the good news for holiday travelers,” Small says. “Keep an eye out on Sunday, however, as that system moves away it’ll be pretty slow moving. Winds will pick up Sunday and we’re back to a chance of rain or snow on Sunday to end the holiday.”