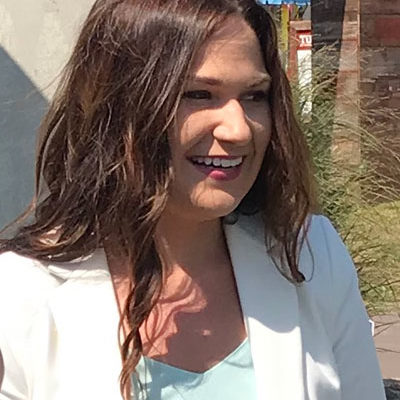 Iowa politicians, commodity groups and Iowa’s business community are celebrating news of a deal that will lead to U.S. House ratification of a new trade agreement to replace NAFTA.

Passage of the U.S.-Mexico-Canada Agreement will close out 2019 with a win for farmers who’ve had a difficult year, according to the Iowa farmer who’s president of the National Corn Growers. Iowa Congresswoman Abby Finkenauer, a Democrat from Dubuque, said public confirmation of the deal just happens to come on the same day House Democrats announced articles of impeachment against the president.

“This was something that happened about yesterday,” Finkenauer said during a conference call with Iowa reporters. “It sounds like we finally got the deal and the negotiation had worked itself out and just needed to get done and that’s why you see things playing out as they are today.”

Canada and Mexico are Iowa’s two largest trade markets. Iowa Congresswoman Cindy Axne, a Democrat from West Des Moines, said passage of the USMCA provides certainty for Iowa farmers and manufacturers. Finkenauer said this final deal is “very different” from what was agreed to by the three countries in 2018.

“Although I believe there was some really good intentions with the original USMCA about bringing jobs back home…there wasn’t a lot of enforcement to make that possible,” Finkenauer said.

Republican Senator Chuck Grassley said President Trump kept his campaign promise to renegotiate the North American Free Trade Agreement and Grassley said Americans will reap many benefits from the new deal. Republican Senator Joni Ernst, though, said an end-of-the-year vote in the Democratically-led House is “dangerous,” because Republicans who lead the Senate won’t have time to hold a vote to ratify the USMCA before 2020.

Congressman Steve King, a Republican from Kiron, said House Democrats “didn’t want to face criticism” so they announced a deal on the USMCA on the same morning they revealed articles of impeachment.

“I”m glad we’ve got USMCA moving,” King said in a recorded video message. “The president’s doing his job. His economic numbers are great. Our national security is strong.”

King accused House Democrats of trying to use passage of the USMCA as “frosting” to cover up the impeachment saga.