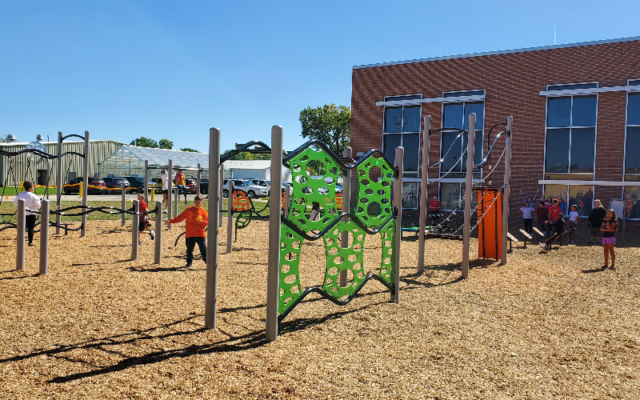 MASON CITY — The ribbon cutting was held Thursday afternoon for new fitness playground equipment at Lincoln Intermediate and Roosevelt Elementary schools in Mason City. The new layout at Lincoln resembles a ninja warrior-style fitness course that’s appropriate for older children, while a smaller fitness course was installed at Roosevelt for use during recess and physical education classes.

Kelli Gerdes with the Cerro Gordo County Department of Public Health helped students and staff at Lincoln pick out the new equipment.  “It has been an awesome project to work on, I’m very thankful to be a part of it. The community support has been awesome. Obviously, kids sell any type of project if they are at the heart of it, and they have been from the beginning. It’s great to see them enjoy the final product and it will be a benefit for our community for decades to come.”

Gerdes says the new equipment has resulted in kids being more active.  “Before the project, we came out and did some assessments. Approximately 46% of students were what we would deem inactive — sitting, maybe a leisurely stroll or leaning against a wall or whatnot during the recess period. Since we’ve added the playground, that number has dropped to 19%. A huge increase in the number of kids that are getting physically active, and obviously that’s benefiting them academically, physically, emotionally, so that’s wonderful to see.”

Gerdes says this is one of the first fitness-based playground equipment sets in the area.  “This is I want to say one of the first in North Iowa to have this style of playground where it’s an obstacle course-based playground. It caters to the older kids, middle school, middle aged, not to say younger kids couldn’t come out here and have a great time, but it does provide something a little bit more unique and challenging for the older kids.”

Gerdes encourages the public to come to Lincoln to check out the new equipment.  “Everyone out in the community, come out and enjoy it. It’s open to the public as well. Obviously during school hours we use it for the students, but enjoy it in the summers and in the evenings.”

Funding for the new equipment was kick-started by a grant from The Wellmark Foundation and supplemented by a KABOOM! Let’s Play playground grant from Keurig Dr. Pepper. The rest of the funding was provided by community contributions. 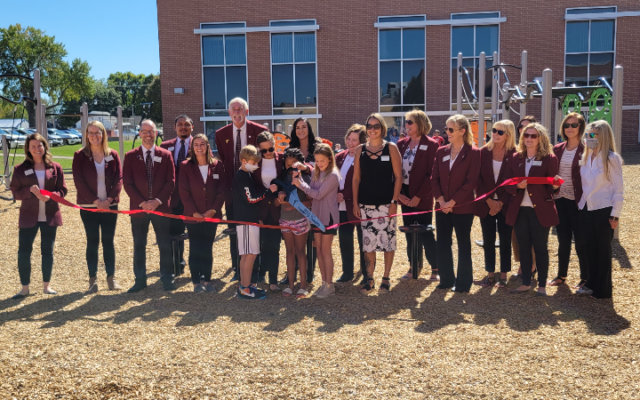