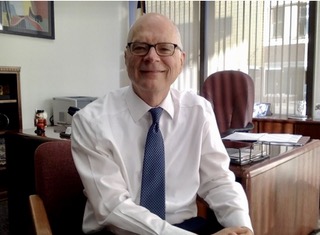 Schickel says the hotel portion of the River City Renaissance project will hopefully move forward soon.   “With so many great projects on the table, we have three immediate goals for the new year: execution, execution, and execution. We know that the downtown hotel is really the elephant in the room right now. While Mason City saw a record number of improvements last year, it’s of course disappointing that construction isn’t underway.”

Schickel says despite the hold-up of the hotel, he reminds residents that a majority of the project has been completed.  “Remember, our original River City Renaissance is two-thirds done with tremendous spinoff already. Remember, restoration of the landmark Historic Park Inn also faced biting criticism and took longer than planned. Today it stands as the most significant historic restoration projects in the Midwest. Mason City’s Hyatt Place Hotel and Music Man Square Conference Center and Southbridge Mall repurposing will be among the most significant in the state.”

Schickel says it’s time to bring a similar renaissance to what’s happening downtown to every neighborhood in the community by investing in each one. He says the city has been trying to address blighted houses in the last few years.  “In the new year, we will immediately be redoubling our efforts to get rid of blighted property. Abandoned houses have a terrible impact on neighborhoods. They hurt surrounding property values and pose safety hazards. Since City Council set a goal three years ago, Mason City has addressed 48 blighted houses. They are either being demolished or rehabilitated. This compares to just one for the three prior years.”

Schickel says recent development projects have helped make much-needed improvements in some of the city’s neighborhoods. “ Our Development Review Committee assists developers looking at investing in Mason City. The DRC received 62 proposals last year, up from the previous years. Ten major site plans were approved, also an increase. One of the many exciting plans is the adaptive reuse of the old Shopko site for EV golf car assembly and its showroom.”

City code requires the mayor to annually report to the council and the city about the municipal affairs of the city and recommend the adoption of measures that he sees advisable.

You can watch and read the text of Schickel’s “State of the City” address by clicking here or watching the video below: