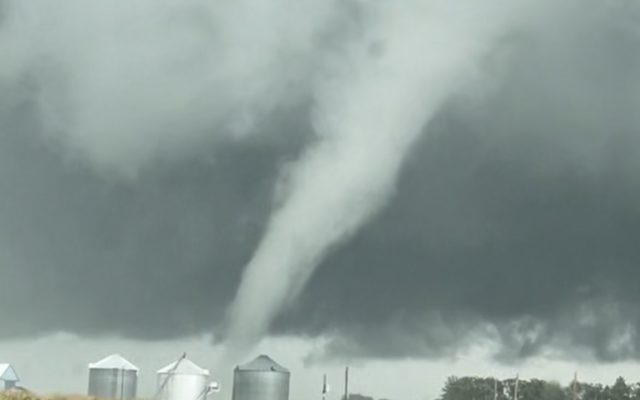 MARBLE ROCK — Preliminary storm assessments have been completed for two tornadoes that touched down near Marble Rock on Friday evening.

The Weather Service rated the tornado as an EF-0, saying that damage was mainly to crops but one nearby farm had some damage to an outbuilding roof.

The second tornado touched down at 5:58 PM between 270th Street and Ackley Creek Park, trekking in the far southeastern part of Marble Rock, and lasted 3.2 miles to just south of the intersection of 280th and Kirkwood Avenue.

The Weather Service rated the tornado as an EF-1 with estimated peak winds of 105 miles per hour, with a maximum width of 135 yards. Besides damage to crops and trees, several farms and homes were damaged, with one farm southeast of town having nearly every building destroyed.