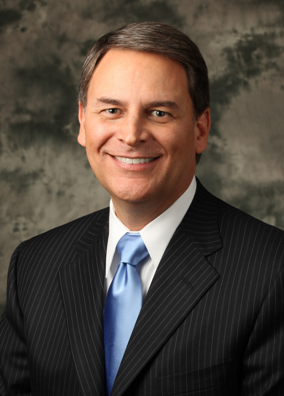 SHEFFIELD — The head of a manufacturers’ trade association is in north-central Iowa today as his organization is working to fill millions of jobs nationwide over the next decade, including several thousand jobs here in the state of Iowa.

National Association of Manufacturers President and CEO Jay Timmons says there are not enough younger people exploring careers in manufacturing.  “Today there are 428,000 job openings in manufacturing across the country. The Manufacturing Institute, which is our workforce and education partner, as well as Deloitte Consulting have done a study and found that there will be 4.6 million manufacturing jobs to fill over the course of the next ten years, and 2.6 million of those will go unfilled because we don’t have people with the right skills or we don’t have the interest from folks who want to go into the sector.”

Timmons says an effort needs to be made to better educate students on the potential benefits of a career in manufacturing, focusing on aligning the curriculum of primary and secondary education with the workforce needs of the future. “We need to accept the fact that not everyone needs to go to college. It’s something that I think has been engrained in us for a number of years and generations that in order to succeed that you have to go to college, but frankly nothing can be further from the truth. In fact, a job and career in manufacturing can start off without a couple hundred thousand dollars of college debt, and can start out with a very high salary that can support the entire family.”

Timmons says solving trade issues is important to manufacturing in the Midwest. “So many of our agricultural products are exported to other countries around the world. We have 95% of the world’s customers who live outside of the United States, so trade is very, very important. At the same time, we want to make sure that trade is fair and is not disadvantaging the American worker. We’re working very closely with the administration and Congress to get the new US-Mexico-Canada trade agreement through, and also to make sure that we can hold China accountable for some of its, let’s just say unlawful activity.”

Timmons says Iowa manufacturing workers typically are earning more than the national average. “In Iowa for instance today, the average annual manufacturing wages are about $68,000, and you compare that to about $42,000 for wages in all other sectors. You just start out at a much higher level, you aren’t carrying $200,000 of college debt, and you have a pretty exciting career for your entire life.”

Timmons stopped at Sukup Manufacturing in Sheffield this morning, a company he says has taken advantage of tax reform and added jobs to the north-central Iowa economy.  “They actually added 200 new jobs in 2018. That’s a very impressive story and that’s one quite frankly we tell around the country. Today they’re hiring for a lot of diverse positions like machinists and technicians, truck drivers, IT developers, welders, drafters, tool and die makers, assemblers. So folks who are looking for a job in manufacturing ought to go to Sukup and take a look at what they have to offer. They also hire more women than the industry average.”

Timmons also stopped at Kirkwood Community College in Cedar Rapids and Kirkwood’s regional center in Coralville to discuss the importance of trade skill programs for the manufacturing sector.