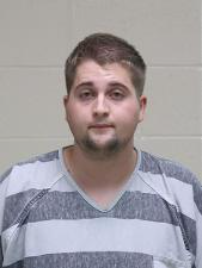 Mason City police say it took place near the intersection of 4th and South Illinois at about 2:10 Monday afternoon, with witnesses reporting someone in a vehicle shooting at another vehicle then driving away. Police say a bullet went through the rear driver’s door, through a back door, and then struck another vehicle that had two people inside. Nobody was injured in either vehicle.

Police say they located the vehicle that the gunfire came from at a local residence and after securing the area arrested 21-year-old Jacob Patterson without incident and charged him with intimidation with a dangerous weapon, a Class C felony.

Lt. Rich Jensen with the Mason City Police Department says the shot that was fired in the incident was in a southerly direction and did not impact anywhere near the Mason City High School or Jefferson Elementary School campuses.

He says the parties in the shooting knew each other and there’s no ongoing threat to the community.

Jensen says the incident remains under investigation and anybody with more information is asked to contact the police department at 641-421-3636.