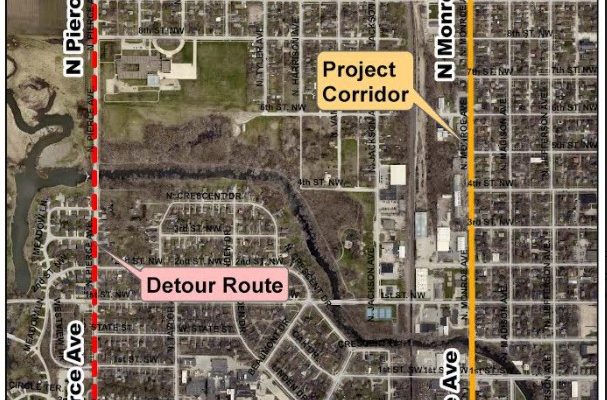 The project involves improvements and upgrades to utilities, street patching and repair, street lighting and a new asphalt surface between State Highway 122 and 12th Northwest. The project will be worked on in four stages to avoid the closure of the entire length of the project corridor at one time.

A detour will be posted though for the duration of the project with traffic being rerouted to Pierce Avenue. Cross streets to Monroe will remain open as much as possible but intersections could be closed for extended periods of time due to construction activities.

People are reminded to use caution and expect delays when traveling near the construction zone and avoid the area when possible.