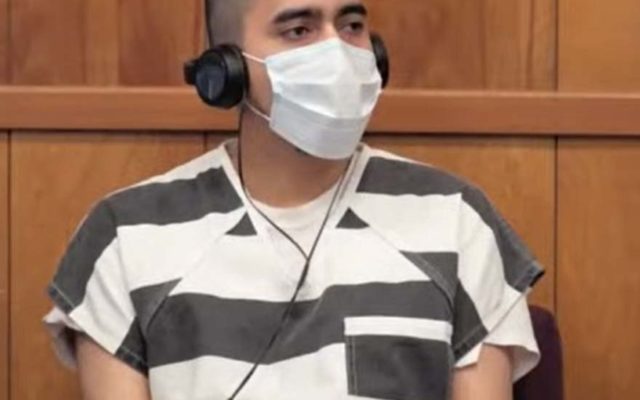 MONTEZUMA — A statement from Mollie Tibbetts’ mother Laura Calderwood was read in court Monday before the sentencing of Cristhian Bahena-Rivera — who was found guilty of first-degree murder in Mollie’s 2018 death.

Sarah Harms from the prosecutor’s office read Calderwood’s statement during the proceedings carried on Court TV. “Mister Rivera, I come here today not because I feel the need to address you. However, I come here to give a voice to our daughter, granddaughter, sister, girlfriend, niece, cousin, and friend, Mollie Cecilia Tibbetts,” she read.

The 20-year-old Tibbetts disappeared in August of 2018 while jogging in her hometown of Brooklyn, and Rivera was arrested and later led police to her body in a Poweshiek County cornfield. Calderwood outlined in her statement the day the sheriff showed up with tears in his eyes to let her know they had found Mollie’s body. Calderwood said it shattered her world, and then she described in the statement how her mother had always faithfully believed Mollie would be found alive, and how she told her news.

“I very quietly and softly said ‘mom, I have some bad news, they found Mollie’s body this morning. But we know where she is now.’ Judy Calderwood’s unwavering faith had been brutally shattered by your senseless act of violence.” Harms wrapped up the statement as Calderwood described how the killing impacted their lives.

The judge then read the mandatory sentence for the first-degree murder conviction. “Lifetime sentence with no eligibility for parole,” he said. Bahena-Rivera sat in handcuffs and a striped jail jumpsuit and listened without showing any emotion during the proceeding.

He declined his opportunity to make a statement, and has 30 days to appeal his sentence.