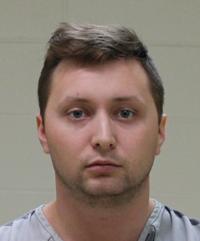 CLEAR LAKE — A Minnesota man has been extradited back to Iowa after being accused of stealing a pickup truck in Clear Lake last summer.

25-year-old Christian Brodt of Blaine has been charged with first-degree theft. Authorities accuse Brodt of stealing a pickup from Tony’s Tire Service in Clear Lake on August 27th. The truck was later recovered on Interstate 94 near Minneapolis, with a criminal complaint stating that the truck was damaged and deemed a total loss. The complaint says Brodt was caught on video footage taking the truck.

Brodt was arrested after a nationwide warrant was issued last week. He was transferred from the Anoka County Jail to the Cerro Gordo County Jail on Tuesday, where he’s being held on $10,000 bond.

Brodt is scheduled to make an appearance in court on February 15th.