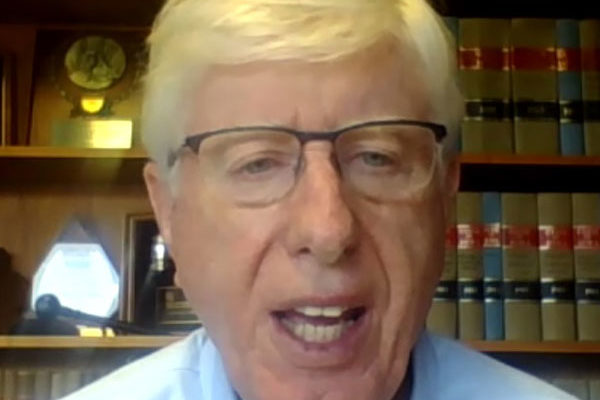 “I just feel very lucky to be attorney general because we get to use the law to serve the interests of ordinary Iowans,” Miller said Wednesday.

Consumer protection efforts in the office extend to farmers, Miller said, and he highlighted the current investigation of sky high fertilizer prices.

“Most of all, we’re communicating the message: ‘Somebody is watching,’” Miller says. “We’re working with the Department of Ag, with (U.S. Agriculture Secretary) Tom Vilsack and with the farm groups.”

Miller made his comments on the Des Moines Register’s Political Soapbox at the Iowa State Fair. Brenna Bird, the Republican running against Miller this year, spoke at the same venue earlier this week. Bird vowed that as attorney general, she would go to federal court to challenge Biden Administration policies.

Miller saaid Bird would pursue a “partisan agenda” as attorney general. “Her passion is for this extreme anti-regulation, extreme economics,” Miller said Thursday.

Bird also accused Miller of failing to actively engage with local law enforcement. “I meet all the time with sheriffs that have never met him, not once, not even shook his hand,” Bird said, “so you know that will certainly change when I’m attorney general.”

In response, Miller said he and his staff each year work on up to 1300 of the toughest criminal prosecutions in state court.

“We’ve developed a great relationship with law enforcement. We work a lot with them on these cases — Department of Public Safety, but local law enforcement as well,” Miller said. “It’s a relationship of respect, trust and common good. We really see the need to protect Iowans.”