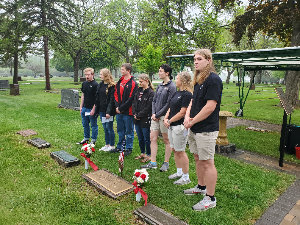 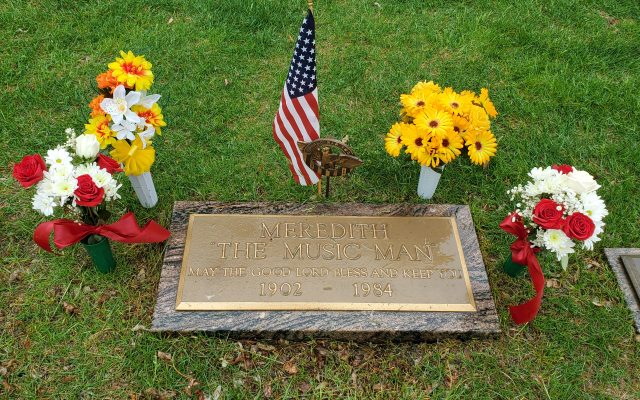 MASON CITY — Students from Mason City and Newman Catholic High Schools were at Elmwood-St. Joseph’s Cemetery at midday on Tuesday to honor the 119th birthday of Meredith Willson, who was best known for writing the book, music and lyrics for the 1957 hit Broadway musical “The Music Man”. The students placed flowers on Willson’s memorial on the recently renovated family plot in the cemetery.

When born in 1902, Willson was 14 pounds, which was an all-time state record at that point.

A celebration is also being held Tuesday night at Music Man Square where The Music Man will be shown with refreshments including birthday cake being served.