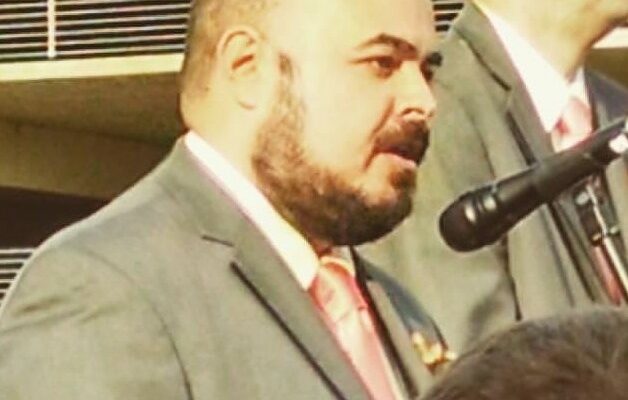 “I’ve been opposed to carbon capture pipelines since day one,” Melton says. “It’s definitely a failed climate change solution. If you go look at the record, there have been plenty of carbon sequestration plants that have opened and closed because they over promise and under deliver.”

Melton argues there are better ways to use the federal tax credits developers of the carbon pipelines hope to secure. And Melton says emergency responders in rural Iowa are ill equipped to respond if there are ruptures to carbon pipelines.

“We are facing an existential crisis when it comes to climate change. We need bold action,” Melton says. “Marrying ourselves to the status quo with a failed technology is not the way to go.”

Melton said the carbon capture pipeline projects would be “a boondoggle.”

Melton is also opposed to President Biden’s move last spring to temporarily allow the year-round sale of E15 — gasoline with a 15% blend of ethanol. Melton said ethanol could be part of the mix, but it’s time to develop other energy sources that aren’t an additive to fossil fuels.

“We need to have a much wider diversification of options because no politician and no scientist can sit here right now and tell you which of those options is going to be the silver bullet answer for climate change mitigation,” Melton said. “…I think we should really be spending a lot more of our resources on next (generation) renewable energy — wind, solar — while still maintaining corn ethanol because, again, we need diversification.”

Melton made his comments during taping of “Iowa Press” which airs tonight on Iowa PBS.

Congressman Feenstra’s campaign manager issued a written statement, calling Melton an “out of touch ally” of President Biden who “will continue the attacks on our way of life.”