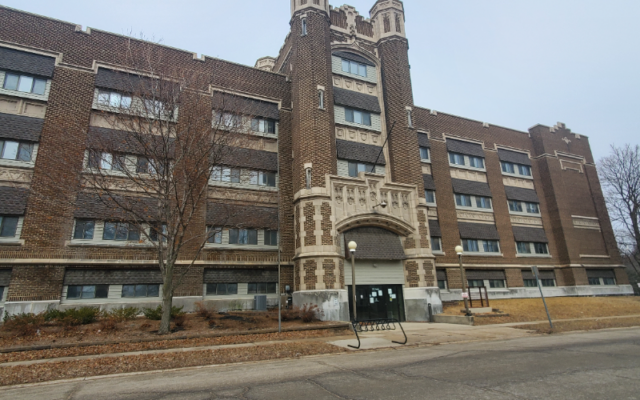 The city back in March approved an option to purchase the Mohawk Square building for just over $300,000, allowing an opportunity to provide a preservation opportunity for the city to have the building surveyed to see if it can be salvaged and developed. The building suffered a catastrophic roof failure after a heavy storm in May 2019, with the building then being declared unsafe and all the businesses and agencies located there having to be forced to find new quarters.

With the city’s option soon running out for the building, city administrator Aaron Burnett says while there is a path forward towards potentially saving the structure, it’s a very difficult path as the city has not been able to find a developer to take on that work.  “One of the limiting factors is really if you look to convert it to residential use, which is the most likely outcome for that building, the problem is that the total unit count that you could get into that space would be too low to really just make it pencil out in the long run, because there’s a lot of space that frankly is wasted due to circulation. The auditorium in the middle of it would have to be preserved as a part of historic preservation, and that creates a large space that’s really not creating any revenue.”

Burnett says the building has continued to deteriorate, compounding the issues of finding a potential developer.  “The fact that the roof failure has continued to deteriorate the building, I think it’s facing a very stiff headwind unfortunately, and I don’t see a path forward at this time barring some developer coming forward that really is able to make it happen. I’ll remain hopeful for that, but the reality is that the option will run out, and that will fall on the building owner to explore that. At this point, I just don’t think it’s very likely.”

Burnett says the city stepped in to try to find a way to save the building, but with the option running out, the owner of the building will likely start to explore the building’s demolition.  “The owner was looking toward demolition, and the hope was that we could find some way to preserve the building. I think at this point, we just start those conversations on what’s the plans on taking care of this building, knowing that there isn’t a potential use that we see right now. That’s not to say that that doesn’t change with what’s brought forward, but most likely it’s going to demolition, and we’ll just continue to move forward knowing that demolition is the likely outcome.”

The option to purchase also included four parking lots serving the building and a brick duplex just north of the building at 102-106 North Georgia.