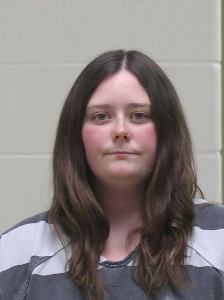 MASON CITY — A Mason City woman is in jail after being accused of stealing from disabled people she was hired to take care of.

A criminal complaint says between January 2019 and May of this year that 24-year-old Katelyn Roberts allegedly committed dependent adult abuse by financial exploitation. Roberts is accused of stealing over $30,000 by making inappropriate purchases coupled with obtaining cash for her own personal use for a combined ten dependent adults under her care while employed as a caretaker for the disabled at OneVision.

Roberts has been charged with one count of dependent adult abuse, a Class D felony punishable by up to five years in prison.

She was arrested on Thursday night and booked into the Cerro Gordo County Jail where at last check she was being held on $5000 cash-only bond.