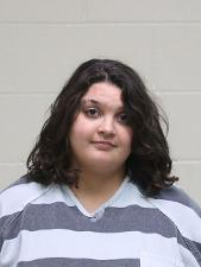 MASON CITY — A Mason City woman accused of stabbing another person earlier this year has pleaded guilty to a lesser charge.

Mason City police say they were dispatched to 324 1st Southwest on the evening of May 23rd on a report of a stabbing. Following an investigation, police arrested 23-year-old Arissa Ledvina and charged her with willful injury causing serious injury, a Class C felony.

A criminal complaint states that Ledvina went to an apartment complex and demanded a resident open the door, the victim was physically assaulted with hands, fists and a large knife. The victim sustained lacerations to the head and arms and required stitches.