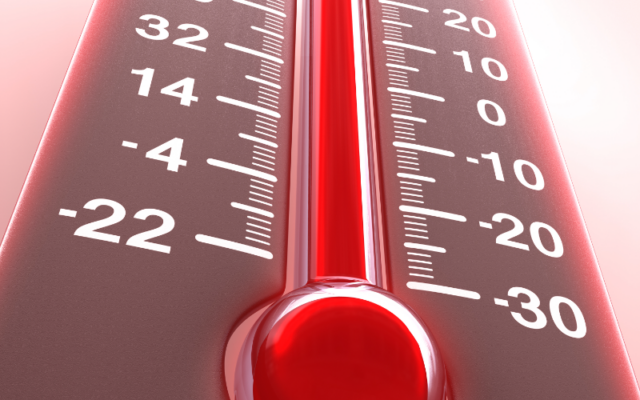 MASON CITY — Mason City was one of several locations in Iowa that set record highs on Tuesday. It was 92 in Mason City, breaking the old record of 90 set back in 1984.

Things warmed up quickly in Iowa yesterday, with temperatures soaring by 11 a.m. “We just got a much warmer air into the region out ahead of a cold front, which really helped to effect all of these much warmer temperatures here in our region,” Trellinger says, “especially considering the time of year here, the middle-to-end of September.”

Trellinger says drought conditions played a role in yesterday’s high temperatures in northwest Iowa, as the sun’s heat bore down on parched ground.

“When we’re not in a drought, the heat is also used to evaporate some of the moisture in the soil there, so it’s not as efficient as a heating mechanism when there’s moisure in the soil,” he says, “so by being very dry, that does set us up to being warmer than usual.”

Several other Iowa cities broke high temperature records Tuesday. Cedar Rapids hit 96 and that was also the record high in Lamoni. It reached 95 in Burlington. Des Moines hit 94 and it was 93 in Dubuque. Meteorologist Jim Lee of the National Weather Service office in metro Des Moines, who was tracking the records, says Waterloo hit 96 degrees.

“We were unseasonably hot, as any resident would tell you,” Lee says. “We had multiple parts of the state get well up into the mid to upper 90s.”

A triple digit temperature had not been recorded on a September 20th anywhere in Iowa for 69 years. “By a lot of measures not only did we break daily records, but to be this late in the year and get this hot maybe it not unprecedented, but very rare,” Lee says.