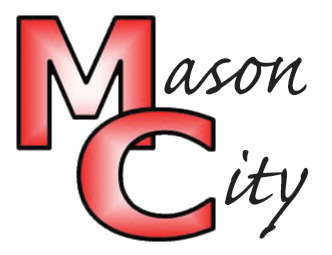 MASON CITY — The Mason City School Board will revisit the change of the high school’s Mohawk nickname during their regular board meeting later this month.

During a workshop session Monday night, the board heard from members of the “Mason City Mohawk Save the Name Committee” on the issue. Tom Stalker says their goal is to along with the board come to an agreement to continue using the Mohawk name.   “Our committee is looking forward to working with the school board members to open the communication lines between the board and the students, and our great citizens of Mason City. We the committee believe with respectful dialogue we can achieve this goal.”

Stalker says the Mohawk name as it has been used shows no disrespect.  “In 1925, when a group of Mason City athletes met to come up with a name, they chose the Mohawks. It was not St. Regis Mohawks, it was the Mohawks.  This name was to be, for generations to come, to respect and be proud of. The Mohawk tribe in New York is not recognized by the state of Iowa.”

Committee member Barb Hovland says the board is wasting time and money on this issue.  “Those who say why are we, this committee, and Mohawk alumni, taxpayers and staff, supporting the Save the Mohawk name, wasting time on this, aren’t there more important issues? I say, why are you, the board members, wasting time and our tax dollars on something that doesn’t need changed. Do you have the funds to pay for all the expenses you will incur?”

Hovland says the school board did not get public input on the issue before rushing to vote on the matter.   “Mason City Schools receive close to 40% of all property tax. Where is the input from the taxpayers? There is no legislation or law in the state of Iowa that prohibits the use of using the word Mohawks or any tribal names. 27 Iowa schools use tribal names for mascots. The removal of a school mascot that’s been used since 1925, and such a hot button issue, is being rushed without due diligence.”

A petition with a total of 1677 signatures, with 696 signatures being of current Mason City residents, was presented to the board. School Board policy says an item can be placed on the agenda with a valid petition of 500 or more signatures of residents from inside the school district. The Mason City School Board will hold their regular monthly meeting on December 20th.