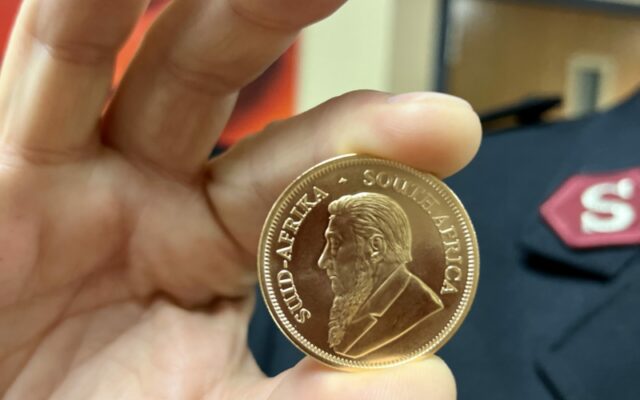 MASON CITY — The Mason City Salvation Army says they found a gold Krugerrand coin in a kettle at the end of their annual fundraising drive.

The Salvation Army in a news release issued on Wednesday says the coin was wrapped in a $100 bill and placed in a kettle at HyVee East on Saturday December 24th.

The Krugerrand coin is one ounce of 99.999% pure gold, with its value determined on the current price of gold.

The Mason City Salvation Army over the years has received a gold coin in one of its kettles, which are then sold at the organization’s annual auction that kicks off the Christmas fundraising campaign.