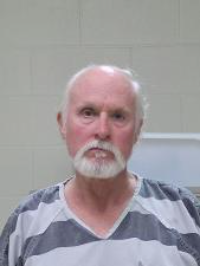 CLEAR LAKE — A Mason City man arrested for going twice the posted speed limit and assaulting a state trooper has pleaded not guilty.

68-year-old Thomas Markwalter is accused of going 136 miles per hour in a 65 mile per hour zone near Clear Lake on the afternoon of April 28th in a Chevrolet Corvette before being slowed down when a state patrolman pulled in front of the vehicle. Authorities say the vehicles came to a slow roll before Markwalter drove into the back of the patrolman two different times.

After getting out of his vehicle, Markwalter is accused of punching the state trooper in the stomach before being forcibly taken into custody. A bottle of Bacardi was located in the vehicle.

Markwalter has been charged with assault on an officer, speeding, having an open container, failure to use a seat belt and failure to yield to an emergency vehicle. Markwalter was due in court for his arraignment hearing on Tuesday but filed a written plea of not guilty last week in Cerro Gordo County District Court. His trial has been scheduled for August 17th.

Markwalter was previously arrested on March 13th for going 130 miles per hour while traveling on US Highway 18 near Rudd in Floyd County. He has pleaded not guilty in that case and is scheduled to stand trial on June 24th.