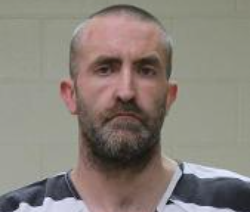 MASON CITY — A man who led authorities on a chase through Mason City earlier this year is now facing federal gun possession charges.

Wilmarth was originally charged in Cerro Gordo County District Court with being a felon in possession of a firearm after a handgun and shotgun were found in the truck.

Wilmarth last week was indicted by a federal grand jury of one count of being a felon in possession of a firearm.