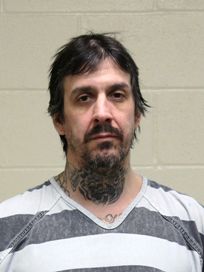 MASON CITY — A Mason City man accused of being involved with a standoff with police as part of a domestic disturbance earlier this year has now pleaded guilty.

Mason City police were called shortly after 6 o’clock on the evening of April 11th to the City Center building at 5 North Federal, where on arrival they were met by a female victim. 44-year-old Mark Torres remained in an apartment and refused to exit, allegedly telling police he had a firearm and that he threatened to use it. After about three hours, officers were able to negotiate a peaceful surrender and took Torres into custody.

Torres was charged with domestic abuse assault with the intent to inflict serious injury, an aggravated misdemeanor punishable by up to two years in jail and a $6250 fine.

His trial was scheduled to start today in Cerro Gordo County District Court, but online court records show his attorney filed a written plea of guilty on Monday. No sentencing date has been scheduled.