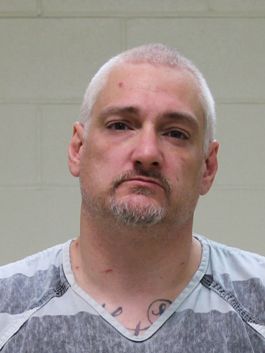 Authorities say 41-year-old Michael Rasmussen was arrested on Thursday in the 1200 block of Plymouth Road. Police say between January and May of this year, Rasmussen forged 24 stolen checks totaling $3225, with many of those being used to illegally purchase lottery tickets and other items. Rasmussen also allegedly wrote $1000 worth of checks from his own personal account that was closed. A

uthorities say when Rasmussen was arrested, he was allegedly found to have methamphetamine in a chewing tobacco tin.

Online court records show Rasmussen has been charged with five counts of forgery, one count of ongoing criminal conduct, and one count of possession of a controlled substance second offense.

Rasmussen is being held in the Cerro Gordo County Jail on a total of $12,300 bond. He’s due in court for his preliminary appearance next Friday.