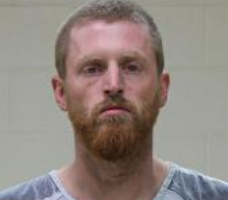 MASON CITY — A Mason City man has been jailed after being charged with illegally discharging a weapon inside a building.

A criminal complaint accuses 29-year-old Dylan Mitchell of being inside a building at 516 6th Northwest late Tuesday night where he discharged a handgun several times and then changed the magazine and shot a couple of more times. A victim also inside the building says she felt she was in danger of being seriously hurt during the incident.

Mitchell has been charged with intimidation of a dangerous weapon, a Class D felony. He’s due in court for a preliminary hearing on October 29th.