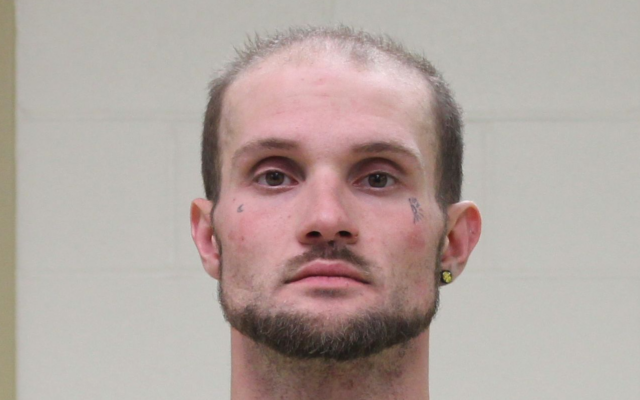 MASON CITY — A Mason City man has been charged with first-degree burglary after a break-in on Monday morning and trying to run away from authorities later in the day.

A criminal complaint accuses 28-year-old Ryan Snyder of entering a residence in the 600 block of 3rd Place Southeast at about 6:30 AM. The owner was away, but came home and found Snyder inside her residence. Snyder then allegedly assaulted the female, causing bodily injury to the victim’s throat as he grabbed and squeezed it.

Snyder left the scene with officers locating him on Monday evening. He was first seen by an officer in the area of 1st and South Hampshire Place at 5:10 PM, with Snyder running away from marked patrol cars. Snyder was observed at 5:50 PM in the area behind a church near 4th and South Carolina, with Snyder continuing to run and jump fences. At 6:00 PM, Snyder was located in the 600 block of 6th Place Southeast. Snyder ran from the officer, with the officer cutting him off on 6th Court Southeast. He refused a command to stop, with the officer deploying a taser and taking Snyder into custody.

Snyder has been charged with first-degree burglary, a Class B felony, as well as three counts of interference with official acts. He’s being held in the Cerro Gordo County Jail on a total of $29,990 bond.