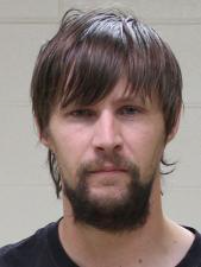 MASON CITY — A competency evaluation has been ordered for a Mason City man accused of sexually abusing a child.

A criminal complaint says 34-year-old Eric Merrill inappropriately made contact with a victim under the age of six between 2016 and this year. Merrill left the state at the start of the investigation into the case, with a nationwide warrant being issued for his arrest. Merrill was arrested in September on a charge of second-degree sexual abuse, a Class B felony punishable by up to 25 years in prison.

During a hearing on Tuesday in Cerro Gordo County District Court, District Judge James Drew found probable cause that Merrill is suffering from a mental disorder which may prevent him from appreciating the charge, understanding the proceedings or assisting effectively in his defense.

Drew ordered that the proceedings be suspended while Merrill undergoes a psychiatric evaluation at the Iowa Medical and Classification Center in Coralville, and that the state psychiatrist shall provide any medical treatment necessary in order to complete the evaluation.