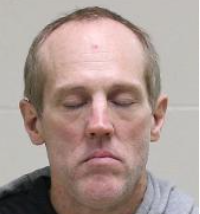 MASON CITY — A Mason City man accused of stealing a vehicle from a Clear Lake gas station in January and stealing a propane truck in June has pleaded guilty in both cases.

50-year-old Aaron Ryerson was charged after a January 20th incident in which he was accused of taking a $60,000 diesel pickup truck from a Clear Lake convenience store and was seen driving the vehicle while intoxicated northbound on I-35 and was later stopped after a short pursuit.

Ryerson on June 4th was arrested by a Mason City police officer while in possession of a stolen Freightliner commercial propane truck that had been reported stolen out of Winnebago County that had a value of about $200,000.

As part of a plea agreement with prosecutors, Ryerson filed an Alford plea in Cerro Gordo County District Court on Monday for one count of first-degree theft as a habitual offender. With an Alford plea, a person does not admit guilt but acknowledges there is enough evidence for a likely conviction.

A formal plea change hearing has been set for September 27th.