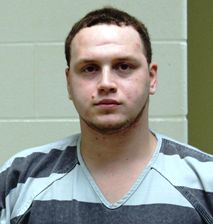 24-year-old Christopher Sepulveda-Karry has been charged with operating while intoxicated and child endangerment. Authorities say in the early morning hours of September 11th that Sepulveda-Karry had left a four-year-old child unattended at his home in the 1100 block of North Ohio for several hours and crashed the car he was driving into an unoccupied vehicle in the 500 block of 1st Northeast. Court documents say Sepulveda-Karry had a blood alcohol content of .239 at the time of the accident.

Sepulveda-Karry was arrested on Thursday. His preliminary hearing in court is scheduled for February 1st.