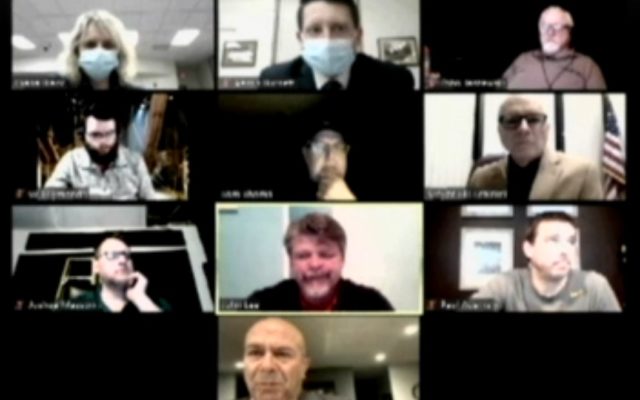 MASON CITY — The City Council in Mason City last night set a bid opening date and public hearing on the construction of the skywalk that’s part of the River City Renaissance project.

The skywalk would span over US Highway 65 to provide a connection between Music Man Square and the Hyatt Place Hotel that’s proposed to be placed in the eastern part of the Southbridge Mall parking lot. It would connect directly to the second floor of the hotel, utilizing a door to restrict access if needed. On the east side of the highway, a structure would be built adjacent to Music Man Square housing a set of stairs and an elevator, as well as a doorway to the first floor of Music Man Square.

City Administrator Aaron Burnett says despite the construction schedule for the hotel not finalized, the city needs the lead time to get out and get into contractors’ schedules in an attempt to get the best bids possible. “I just felt like this was the right time to put it in front of the council to get it out for bid so that we did bid into a good environment. If we wait much longer, I think we’re not going to be in as a competitive environment with our bidding.”

WHKS president Fouad Daoud says they want the best bidding environment for the project.  “We’ve been finding that the projects are getting fewer and fewer bidders, so in order to get our best bid, it’s time to put it out. We as a city have some flexibility to issue an addendum if we decide to postpone opening the bids. It’s also in the spec that the city has 45 days to accept the bids.”

Daoud says they can construct the Music Man Square side of the skywalk system before construction advances on the hotel. “If we decide to move forward and start construction, obviously on the Music Man side it does not make any difference. We can build the foundations up and then they can build the hotel. As we all know the skywalk connects on the second floor of the hotel. We both feel our recommendation is to put it out for bids at this point to get at least a good price on it.”

The construction estimate for the project is $1.9 million. The project would need to be coordinated with the hotel project but once underway would take about six months to be completed.

The council approved setting a bid opening date for March 4th and holding a public hearing on the bids at their March 16th meeting..