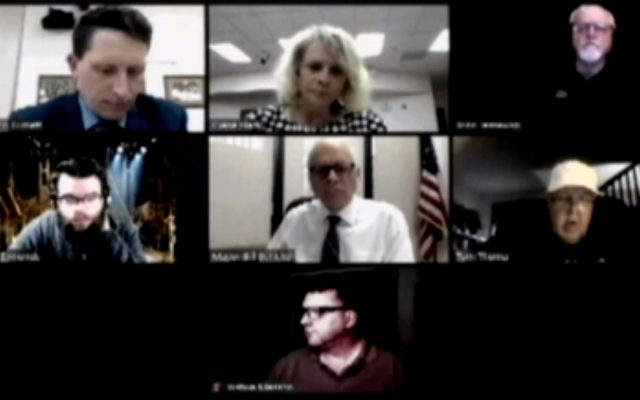 MASON CITY — The City Council in Mason City on Tuesday night set their June 1st meeting as the date for a public hearing on a proposed development agreement between the city and the development group that plans to transform Southbridge Mall from a mainly retail facility to one geared toward family entertainment.

OZ Hotels and Resorts, headed by David Rachie, who is also spearheading the Hyatt Place Hotel that will be constructed in the eastern part of the mall parking lot that is part of the River City Renaissance Project, announced two weeks ago that the investment group was purchasing the mall and repurposing it with new retail stores, several restaurants, bars and recreational businesses.

City Administrator Aaron Burnett says one of the key things in the agreement would be the redevelopment of both the interior and exterior of the mall, and the badly-needed replacement of the mall roof.  “That investment group will complete those improvements both on the exterior, the interior, bring in those new partners that were highlighted. Most of all, we’ll have a new roof and a functional roof, which has been a struggle for some of the folks in the mall. So that will obviously be a great improvement.”

Burnett says the mall redevelopment is key in financing the River City Renaissance project with the generation of new sales tax dollars.  “That is a benefit because if we do not get the sales tax dollars to the amount that we are authorized through the agreement with the state, then we do not secure those dollars. So the sales tax within that district has to get to the $9 million for the city to receive that $9 million. With this new economic activity within the area, that means we’ll get to the $9 million quicker, which means we’re able to call those bonds faster, which means we pay less in interest, which also means that we make sure we execute on the full $9 million over the life of that reinvestment district.”

The developer would be required to enter into a minimum assessment agreement setting the minimum assessed value of the facility at $30 million and agree to create a minimum number of jobs in the mall. The city would provide a 10-year abatement of the incremental taxes generated by the redeveloped mall, with the total cost of the tax rebate not exceeding $12,750,000.

== The council last night also approved the contract and bond for the construction of the skywalk between Music Man Square and the hotel. Henkel Construction of Mason City was the low bidder on the project at $1,648,000.