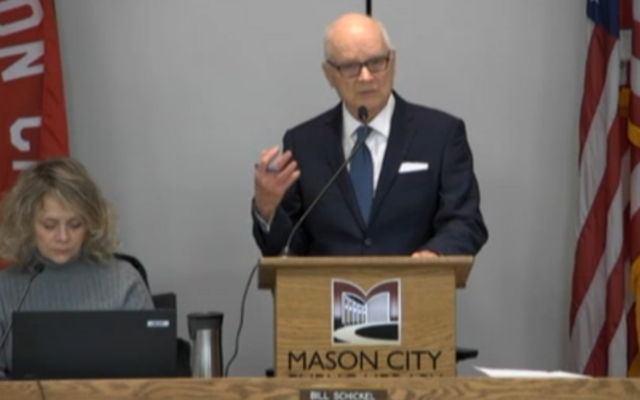 MASON CITY — The City Council in Mason City Tuesday night approved adopting a policy agenda for calendar years 2023 and 2024 for the city.

Mayor Bill Schickel says the agenda came after an annual goal-setting workshop session by the council last week.  “For one thing, we’ve got so many things on the table right now. You look at the River City Renaissance, you look at everything that’s going on downtown, you look at the new industry coming into town with the electronic vehicles. So many things going on on the table, so we talked a lot about execution and completion of those.”

Schickel says among the policies set includes helping neighborhoods throughout the city flourish through the dedication of city resources toward infrastructure and housing.   “Doing everything we can to make sure that every neighborhood, every corner of Mason City, flourishes in that. By that, I mean taking a look at infrastructure, making sure there’s proper lighting. We continue to have a priority of removing dilapidated housing. With the flourishing neighborhoods, we’ve done a lot downtown, but our goal is to start expanding that into the rim of downtown. Some of those neighborhoods are already working on improvement.”

Among the other policy agendas set by the council:

== See the full utilization of the Multi-Purpose Arena in the summer months.

Schickel made his comments on the “Ask the Mayor” program earlier today on AM-1300 KGLO. Listen back to the program/download it via the audio player below