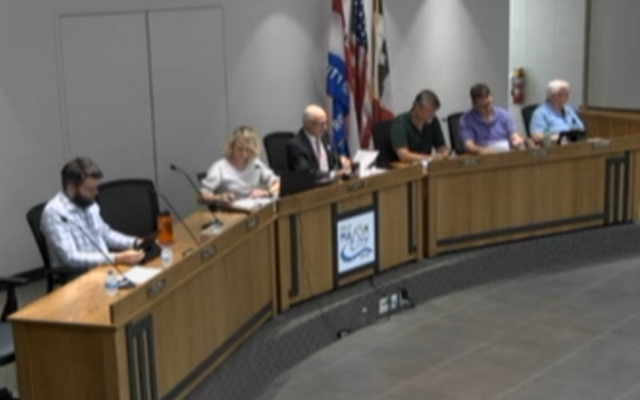 MASON CITY — The City Council in Mason City last night unanimously weighed in on what option they’d like to see implemented from the feasibility study of State Highway 122 on the city’s west side.

Three alternatives were proposed from a study done by WHKS to address improving the highway between the western city limits and Winnebago Way. The council chose a reconstruction of the highway with multi-lane roundabouts at five major intersections instead of traffic signals being used.

The reconstruction options include taking out the median and bringing the lanes closer together along with other improvements to sidewalk, trails and infrastructure.

Fouad Daoud of WHKS went over where those roundabouts would be placed.  “Eisenhower, Village Green, Taft, Grover and Winnebago Way. The approximate cost for that is also $50 million.”

The council last night was asked to state their preferred alternative for the record, without a formal vote or action. All six councilmen, starting with Paul Adams, voiced which option they’d choose when asked by Mayor Bill Schickel.   Adams said with the improved traffic flow and the safety statistics that he’s seen, he was choosing the roundabout option.

Councilman Joshua Masson says he was on an overseas trip last week where he experienced driving with roundabouts.   “It just so happens I was in Italy last week and went through many roundabouts, and I can tell you they are pretty darn efficient. I’ve not seen a single instance in decades of people ripping out roundabouts to put traffic lights in, so I think that tells you something right there. Statistically, the studies are impeccable, they are safer and more efficient. There’s no two ways about it.”

The city will be addressing the Iowa Transportation Commission at their meeting on October 11th with a presentation of an overview of the study and discussion on the roundabout alternative.  The commission will have the final decision on whether or not to go with the roundabout option.