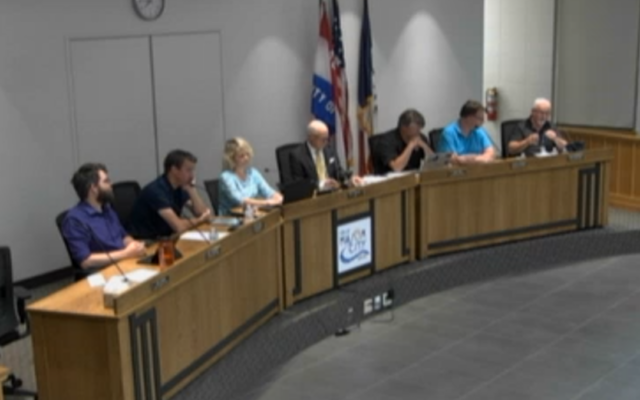 MASON CITY — The City Council in Mason City last night was scheduled to hold a special session to decide on moving forward with an overpass proposal over the Canadian Pacific Railway in the eastern portion of the community, but that meeting was canceled after two councilmen were not able to make the meeting.

The city earlier this year hired WHKS to do a feasibility study of placing an underpass on South Kentucky or an overpass on South Illinois. WHKS presented a third option to the council in July that would extend 19th Street Southeast even further past Illinois to avoid the current developed area, with the road cutting back north, an overpass going over the tracks, and then a road going back west to Illinois at around 9th Southeast. In a memo issued prior to the meeting,

City Administrator Aaron Burnett said the majority of the council supports that option and the city has several unprecedented opportunities to secure grant funds for the project from the federal and state government, but the applications are all in a very short timeframe. Burnett was planning to ask the council to enter into a $220,000 contract with WHKS to complete a preliminary design and to prepare funding applications.

The council will likely take up the matter at a later date.