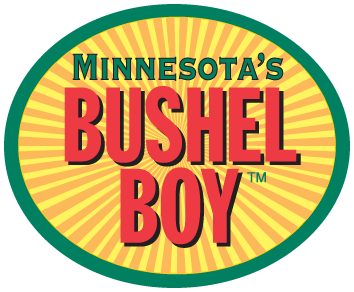 MASON CITY — The City Council in Mason City last night approved an application for a Revitalize Iowa’s Sound Economy program grant to assist with the construction of a road that would help an Owatonna Minnesota tomato producer build a facility on the city’s south side, resulting in up to 50 jobs for the community.

Bushel Boy Farms is proposing to construct a hydroponic tomato growing facility on an 80-acre development south of 43rd Street Southwest and east of Pierce Avenue. The RISE grant would help construct a new road to provide primary frontage access to not only that proposed facility but also for potential new development.

North Iowa Corridor Economic Development Corporation CEO Chad Schreck says he’s been working with Bushel Boy Farms on coming to Mason City for a number of years.  “We’ve been working with this company for the better part of three or four years off and on as they’ve been exploring the opportunity to expand, and really identified Mason City is a strong location for them to do so. As we’ve gone through that process, it’s been apparent that it’s a phenomenal company. I think anybody that was able to check into them will see that they do a great job up in Owatonna where they’re at, so is something that appealed to us very early on. Over the last six months, this project has really ramped up and become apparent that they wanted to move forward.”

Schreck says the $35 to 40 million project will include a 16 to 17 acre greenhouse along with a 50,000 square foot packing house.  “47 jobs, about a $1.7 million annual salary coming into the community. Across those jobs, about a $17 an hour average with benefits, healthcare, 401K, those type of things for all full-time employees. We think great jobs, great opportunity for the community, big investment.”

One of the big issues to solve on the 80-acre property was storm water drainage and retention, something Schreck says the city has worked with a number of different scenarios in finding a solution with the company.  He says former city administrator Brent Trout, city engineer Mark Rahm, and some partners in engineering firms helped put together some ideas to mitigate that. “They don’t want standing water near the facility because you don’t want pests and issues like that. They came up with a really cool, innovative underground water storage that’ll be reused through the facility. Obviously you’re watering a lot of plants and things of that nature, so we think that’s a really cool environmental aspect of this, and a lot of potential for future growth as well.”

Schreck says Bushel Boy Farms fits in with the EDC’s Vision North Iowa plan in that it targets bringing value-added agriculture into the area.  “As we looked at different areas, obviously we are an agricultural community and state. I think what came through loud and clear is we want to be on that value-added side with products that are maybe a little more higher-end or upper scale. Bushel Boy looks at a lot of the local food market, obviously this is larger scale, but they really look at themselves as a local foods product across the Midwest…your HyVee, Target and various other stores and restaurants, and obviously they’re looking to grow those relationships. One of the appeals of being an Iowa-based company was the relationship of HyVee obviously.”

The cost of the road is estimated at just over $1.1 million, with the city having to make a contribution toward the grant to fund the project being at about $222,000. Schreck says the RISE grant will be on the Iowa Transportation Commission’s June 11th agenda. If approved, he says Bushel Boy will target construction starting on the project in late summer or early fall.