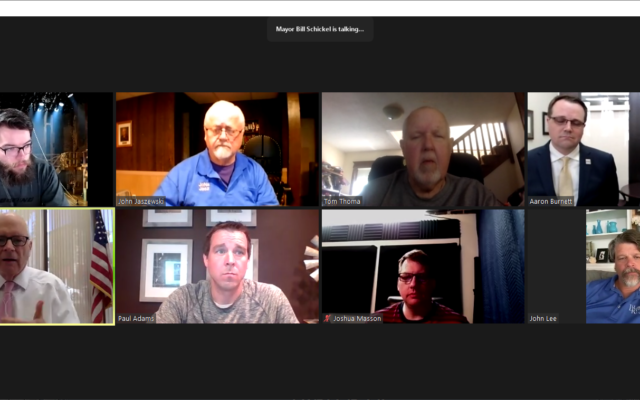 Hinson replaces long-time Finance Director Kevin Jacobson, who died last month after a brief illness. Hinson says he knows there’s big shoes to fill with the death of Jacobson.  “I have tremendous respect for the work that the finance department here does. They’re just the best in the business. I really look forward to learning quite a bit, even though I have 18 years of municipal finance experience, I really think I’ll learn quite a bit from the finance staff and leadership that Kevin provided over the years.”

City Administrator Aaron Burnett says Hinson is a great selection for the job.  “He started out his career as a finance director in Iowa Falls and is just  a well-respected person all across the state for his accomplishments and his reliability in helping people through difficult things, whether it’s in his own city when serving in Washington Iowa or all across the state.”

Burnett says after assessing the long-term needs of the city, he created the new position of Deputy City Administrator/Finance Director to formalize what Jacobson had already been doing for the city in the past.  “When Kevin was in that position, he did act as the interim city administrator prior to my arrival. He would fill in in an acting capacity if I was unavailable. He also was for all intents and purposes the second in command with the operations of the city. With that in mind, the Deputy City Administrator position, while it is new title, it is one that has been discussed by the council during goal setting.”

Hinson will make $131,186 annually and will assume his new duties on August 9th.