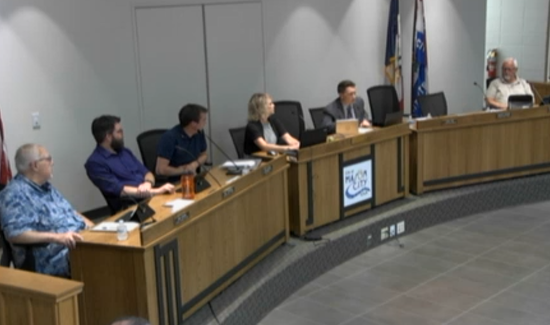 MASON CITY — The City Council in Mason City this week approved sponsoring an application for a Community Development Block Grant to convert the upper story of a downtown building into apartments.

Foxtrot Properties is asking for the $500,000 grant, which if awarded would be received and administered by the city to help fund the conversion of the vacant upper stories above the store “Simply Nourished” at 13 and 15 South Federal Avenue into four apartment units.

City Director of Development Services Steven Van Steenhuyse says a majority of the project is aimed at families in the low-to-moderate income threshold. “At least three of the four apartments will be rented to households with low to moderate incomes. So at least 75% of the funding received will be used to benefit low to moderate income persons at 80% of area median income. For example, the maximum income for new occupants in a two-person household would currently be $47,200.”

The total project cost is expected to be about $1 million. North Iowa Area Council of Governments executive director Myrtle Nelson says half of the project would be covered with private funds.  “The owners are matching the funds, so another half a million dollars going into those apartments from their funds.”

City Administrator Aaron Burnett says market rate, affordable housing continues to be in demand for the downtown area.  “I was told by our Main Street director that we have 100% occupancy in the downtown, they were not able to find a single unit for folks that wanted to move to the community and live in our downtown. That’s a great problem to have, but obviously 133 units came online less than a year ago and are completely occupied. I think that anything we can do to continue to expand upper-story housing and just quality multi-family housing in close proximity of downtown will be quickly occupied.”

Funding for the grants is being made available to cities through a new Community Development Block Grant program tied to COVID-19 relief.